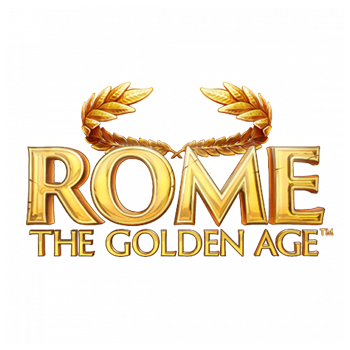 Let the games begin in Netent´s 2021 February release Rome: The Golden Age™. Set in ancient Rome, this slot has some exciting features in store for players especially the frame collection and free spins with a progressive free spins multiplier.

The slot is of medium to high level volatility and pays over 100,000 times the bet.

Rome: The Golden Age™ slot is made up of 5 reels with each reel containing a different number of rows. Starting from left to right the number of rows in this slot are 3-4-5-4-3. 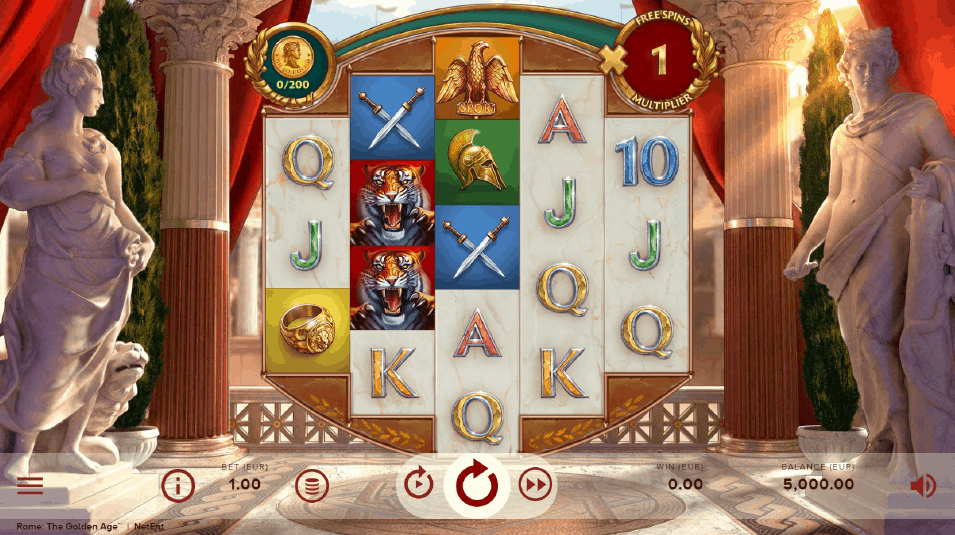 The low paying symbols from lowest to highest include the 10, J, Q, K, A.

The high paying symbols from lowest to highest include the swords, the Roman helmet, the ring, the SPQR Golden Eagle, the Tiger and last but not least the Wild symbol.

Screenshot is taken from slot set at bet size €2.

The formed arch above the reels is a coin collection meter which fills up as players collect The Golden Age coins for a chance to win up to x1000 Free Spins Multiplier that will be used at the end of the Free Spins bonus game. The higher the multiplier the better the result so get collecting, get playing! 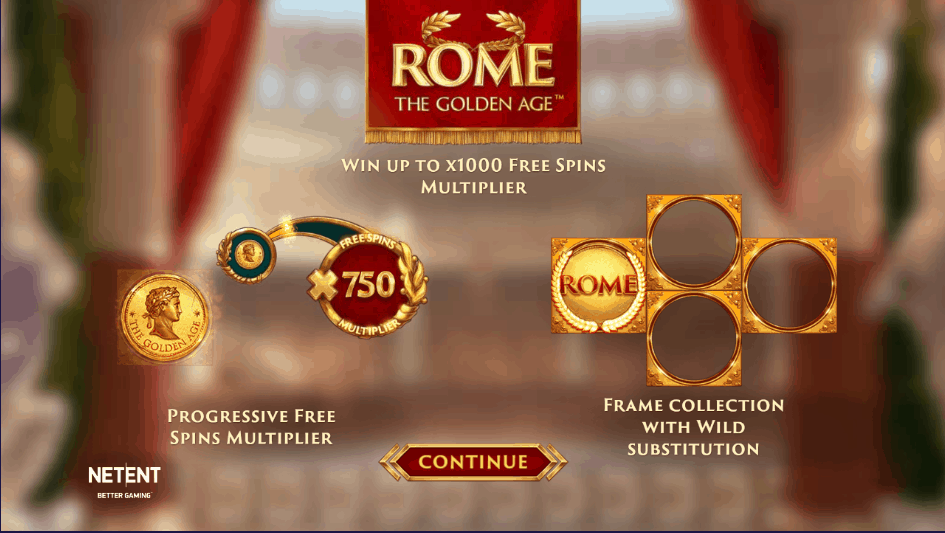 How to collect points.

How do the frames work?

How the Free Spins Work 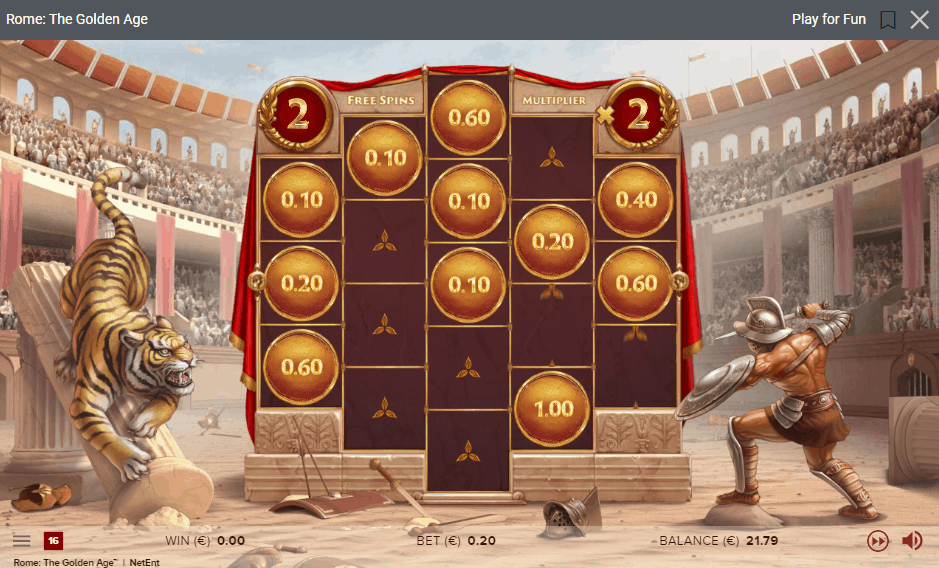 We rate this slot a golden 7/10 for its never ending action in the base game in terms of collection of frames and coins for the free spins multiplier. The ancient Roman theme is not unique however, its graphics and dramatic sound track are in typical Netent premium quality. This game is suitable for average to medium players, however due to all the action in the base game it could be too slow paced for those players preferring a faster game. There is no bonus buy feature in this slot.